Google Chrome For Mac And Linux

The Google Chrome is the latest web browser launched by Google. This web browser has come up to people’s expectations and has impressed everyone with its light environment, faster execution and sleek design.

Other web browsers like the Opera and the Apple Safari are still struggling to make a mark among users but the Google Chrome is attracting more users every day. 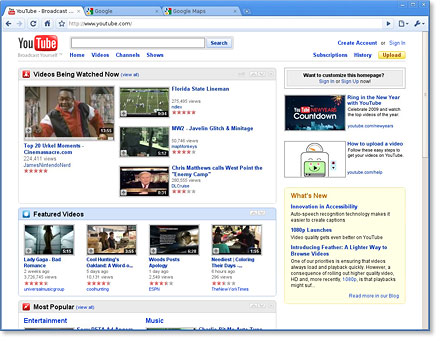 Unlike some of its counterparts, Google has launched a version of Google Chrome which is compatible with the Mac and Linux Operating Systems. The OS for Mac and Linux comes in two versions, the 32 bit and 64 bit versions. The interface for these versions is almost the same as for the one of Windows. It has tabbed browsing, incognito window, themes, new tab and other features.

Whereas the version for Mac can be downloaded from Here