Introduction Of New Features In MS Word 2007 And Their Benefits

Microsoft has launched Word 2007 with the pretty new appearance along with some additional features when compared to previous version. The Microsoft Word 2007 helps to get the things done in more powerful and faster way.

However along with the fresh appearance of Word 2007, you will also need to know about the features and functioning of this brand new version. However, once you learn the tricks about using this office 2007, you might not really feel like the emerging to the older versions of Microsoft word. 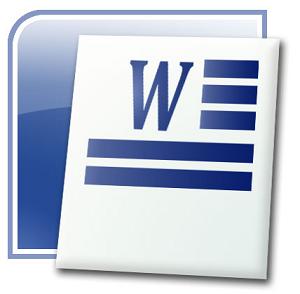 Following are various newly enhanced features in Word 2007 which can speed up your efficiency in your everyday work.

New 3D effects along with transparency and drop shadow graphics are merged in SmartArt so as to provide a more beautiful look to your documents. To make use of the graphic into SmartArt, just click on the Insert tab and then go to the Ribbon, pick SmartArt.

Word 2007 includes latest, instinctive user interface which is named as Ribbon. This feature helps you to make documents more rapidly than you could in the earlier version of Microsoft Word.

Ribbon is provided with task oriented Command tabs with which you may reduce the clicks to execute assignment or commands, which were managed from the menus, dialog boxes and toolbars in the older versions. Ribbon feature provides you the simplicity to access the things, and it is much easier to use. For example, adding header and footer and add shapes, chart, table, and picture

There are several fresh superior features which facilitate you to track the modifications made into your documents. You may easily compare and merge various types of documents.

The feature Document Inspector detects and removes any unnecessary or hidden comments simply to make your data private.

You should go to Microsoft Office button

placed in the left most corner, after that click on Prepare, next Inspect Document. The pop up dialog box will be displayed to ensure that you have checked the Reviewing Versions, Comments and Remarks, after checking the click Inspect. Click on the tab “Remove All” to remove all unnecessary and hidden annotations.

Note: You should be cautious while executing this task because you can’t undo this utility once you’ve removed it.

5. Prevent Your Documents Editable By Others

You can mark as “Final” to create your document file as final version. Therefore, other people will not find the need to edit your document.

Go to the Microsoft Office button and click on Prepare tab and next click on the “Mark as Final” and after that save the file.

6. Save File as PDF and XPS Formats

One more well-liked feature demanded by MS Word users is the feature to save the file as PDF or XPS formats, and many users are very thankful to Microsoft Word 2007 for having finally given them this feature.

7. Enable the Reliability of Documents by Digital Signatures

You can make sure that the document is not altered after its creation by just signing the respective document by means of a digital certificate. You can attach the digital signature to your document by going through Microsoft Office button, and then click on “Prepare”, and then “Add a Digital Signature”.

Hit the OK button within the message box and enter the purpose of signing your file. Click on the “Sign” button.