Typewriter was used by the people at the time when computer was not so popular in the market. However, there are still many people who like the sound of typewriter, “tat”, when any key is pressed. Since the times have changed and the technology has been developed, typewrites are replaced by computer. However, people who are used to working on the typewriter, enjoy the sound of the typewriter keys while typing on their computer. This demand the people has been acknowledged and a new application called Tiper has been developed to provide typing sound like typewriter. 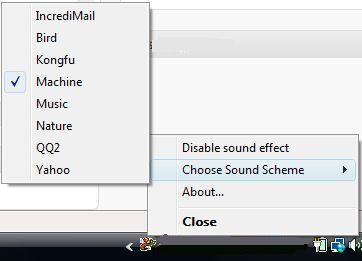 Tiper is the software that fulfills the demand of the people belonging to the typewriter era by providing them its sound while they type on computer. Tiper is located at the tray area of the system, which runs silently in the background on Windows operating system. It can be customized by the users according to their comfort level, whether setting the sound file or creating shortcuts of its functions. Once users start this application it plays the typewriter sound whenever a key is pressed by the users. You can easily create your .wav format sound file and add to the list of supporting sound of Tiper to be used. The .wav format files should be properly named as like below given files:

Letter.wav – It is used when users type letters and numbers.

Entrer.wav – It is used when users press “Enter” button

Backspace.wav – It is used when “Backspace” button will be pressed.

Space.wav – It is used when space button pressed.

Users just need to add these files to sound folder and select them by right clicking on the tray icon. The default shortcut enables or disables this application is Ctrl + Shift key + F12. You can download it from here.