Nice Translator To Translate A Foreign Language To 34 Languages

An Online Translator helps in translating a foreign language to an understandable user language instantly. Google translate software tool is one such online translator software which provides good translation for any language. Disadvantage of using a Google translator is that it allows a user to view only one single translated page at one time. 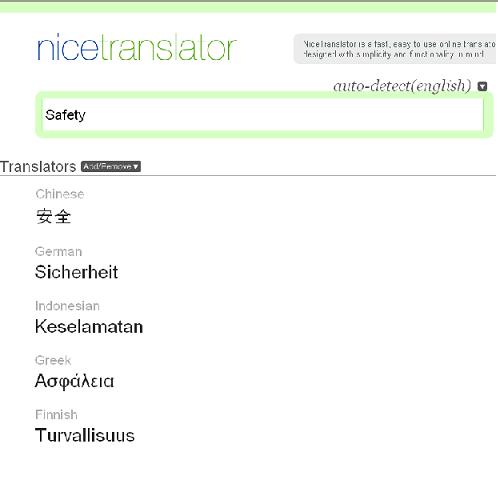 Nice translator is again a free web-based rendition service. This tool supports nearly 34 different foreign languages including German, Chinese, Finnish, Indonesian, Portuguese and many more. To use this service one has to only type in the words for translation or copy and paste words to be translated in a box. Now this translator will detect the language automatically and begins translation to other languages. It then displays the translated languages in another dialog box.