April 16th through April 19th the Sony Corporation was digitally broken into by a group of hackers that remain anonymous to this day. The effects have been crippling to the giant corporation and the hackers, much like David with his sling, used their elite skills to bring the giant.
The initial cost of the break-in was around $177 million, but the long term effects have yet to be observed. Numerous lawsuits and security upgrades will end up putting a much deeper dent in Sony’s pocket.

So how many people were affected? And what was compromised? The initial attack by the anonymous hackers left over 100 million PSN user accounts compromised and vital information was possibly obtained: name, address, e-mail address, birth date, IP address, PSN password, billing information. A hacker could do irreparable damage to a person’s life with that information, and Sony PSN users were just as concerned. After the initial attack the Sony Corporation shut down the PSN network on April 20th to try and assess and fix the damage.

On May 5th Sony CEO issued an official apology to PSN users on their blog as seen here. On top of that there was also an apology from Sony at the E3 convention that you can watch here:

On May 14th Sony starts restoring PlayStation Network services in the hopes that they can rebuild. Unfortunately for Sony, they were wrong. 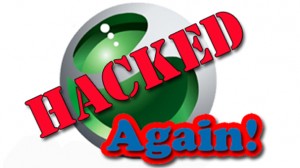 Several other hacks on the Sony Corporation have happened since then and this time by hackers that have identified themselves, although the initial attackers are still unknown. On May 18th hackers targeted the password reset site for the PlayStation Network. Then from May 25th- 26th hacker groups targeted Sony sites in Greece, Canada, Indonesia and Thailand. And another blow, on June 3rd a hacker group going by the name of LulzSec claims to have hacked into the Sony Pictures website which resulted in the compromised information of around one million users.

LulzSec has stated that they targeted the site to demonstrate Sony’s weakness and to try and teach consumers not to put their faith and information in a company that cannot protect itself. After they infiltrated the website they published the information of the consumers on their site. They claim to have made it their mission to hack Sony six times and released this message:
“We’ve recently bought a copy of this great new game called ‘Hackers vs Sony,’ but we’re unable to play it online due to [PlayStation Network] being obliterated.
So we decided to play offline mode for a while and got quite a few trophies. Our latest goal is ‘Hack Sony 5 Times,’ so please find enclosed our 5th Sony hack.
ACHIEVEMENT UNLOCKED: HACK SONY 6 TIMES! Oh damn, we just did it again, please also find enclosed internal network maps of Sony BMG.”

So why on earth is Sony being targeted? There is some speculation that besides Sony’s poor security there was another incident that sparked outrage amongst the hackers. A young programmer and hacker named George Holtz had made it his mission to hack Sony products and had released some info out to the public. Sony, in response, took action on Holtz and they went to court. While the case was settled outside of court, many people, both in the general public and hackers, did not like the way Sony handled the situation.

Holtz denies any participation in the hacking of Sony’s PSN and other websites, and it is still unclear what the hacker’s true motives are, but it is not unlike hackers to target a corporation for a cause.

So what now? Sony is still fending off hacking attacks and sorely needs to update their security so that consumers are better protected and consumers are still being cautious. The situation is ongoing as more attacks are being reported and LulzSec is still waging its online war against the Sony Corporation. Best thing if you are a Sony Consumer is to keep all of your personal information off any of their sites and wait until the situation is resolved.