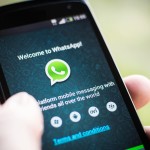 Whatsapp has become the go-to messenger application for everyone with a smartphone these days and it is no wonder people expect it to work flawlessly always. However, this app has some bugs which tend to show up when you don't want it to and can frustrate you. In today's world, nothing frustrates an user more than a slow internet connection, or an app that slows down and … END_OF_DOCUMENT_TOKEN_TO_BE_REPLACED

Siri has become the most popular feature about the new iPhone and this helpful assistant has spawned numerous articles, reports, and comical YouTube videos. While Siri is the most well-known virtual assistant that responds via voice commands, it is not the first, nor is it the last. Since a Siri for multiple Apple products is expected to be released sometime later this month … END_OF_DOCUMENT_TOKEN_TO_BE_REPLACED

Smart phone are everywhere and the apps that go with them are essential! Not only do apps bring additional options to your phone and unlock its full potential, but they also allow you to customize your phone and play numerous games in your spare time! Android is one of the biggest names in the phone industry and there are thousands and thousands of apps for these smart … END_OF_DOCUMENT_TOKEN_TO_BE_REPLACED

Using your 3G phone as a WiFi hotspot is not only incredibly convienent, but it is an excellent way to connect multiple wireless devices to your network when others are unavailable. In today's world there are two major types of wireless 3G phones; android and iPhones. These phones are capable of converting their wireless 3G into a hotspot where mutliple devices can connect … END_OF_DOCUMENT_TOKEN_TO_BE_REPLACED

Fring - New Mobile Video Conferencing App There are some of the popular video conferencing apps available such as Skype and FaceTime that allow users to communicate with each other via their mobile device. Latest sensation in the iPhone app market is Fring app, which is especially developed to provide Mobile video conferencing to the users up to four members at a time.  You … END_OF_DOCUMENT_TOKEN_TO_BE_REPLACED