As the United States flails about with their banhammer trying desperately to eradicate the net of all traces of piracy, another casualty has been added to the list and this time it is a major blow to pirateers. Megaupload, one of the world’s largest file sharing sites, has been taken down by the Department of Justice on Thursday January 19, 2012 thanks to an indictment by the … END_OF_DOCUMENT_TOKEN_TO_BE_REPLACED

Anonymous’s war on internet restrictions wages on in Eurasian country known as the Republic of Turkey. Anonymous is known for their stance on internet freedom, claiming that the internet is a free place where people can view whatever information and sites they wish. The Turkish government has now become a target for the international hacking group due to new restrictions that … END_OF_DOCUMENT_TOKEN_TO_BE_REPLACED 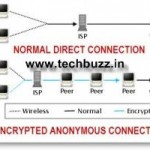 Bit Blinder To Help Anonymous Downloading Nowadays, browsing internet without precautions results in many complications. To protect we just tend to install antivirus. Yes, it is a good option but on huge network protecting the IP address is a huge concern too. Most of the individuals have downloaded torrent files using various bit torrent clients to protect their IP … END_OF_DOCUMENT_TOKEN_TO_BE_REPLACED