Auto replay / automatically repeat YouTube videos feature allows you to replay your favorite songs without the need for you to press the 'Play' button every time a particular video ends. Some browsers, with built in capacity to add extensions / apps, make the auto repeat feature a breeze when compared to others. Since this particular feature is not provided by YouTube by … END_OF_DOCUMENT_TOKEN_TO_BE_REPLACED

Off late, I've been hooked to angry birds, and I admit it's quite an addictive game. Angry birds is available for various platforms - for your iPhone / iPad / Android phones and those who do not have any of these gadgets, there's nothing to worry, as it freely available for you to play on your chrome / desktop version (http://chrome.angrybirds.com/) too available for … END_OF_DOCUMENT_TOKEN_TO_BE_REPLACED 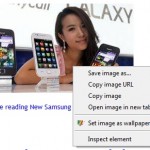 Set Image as Desktop Background Wallpaper with Google Chrome Extension Several users might have come across fascinating, distinctive, strange, humorous, or uncommon digital pictures or graphics occasionally once they browse web. They might preserve these types of pictures and utilize them as desktop wallpaper. On the other hand, occasionally pictures turn out to be useless in … END_OF_DOCUMENT_TOKEN_TO_BE_REPLACED 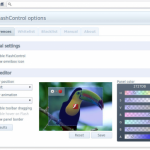 Control Flash Content in Google Chromes With Flash Control Several developers often put a some flash animation ingredients for example Flash intro, Flash commercials, flash fun video games, and many others to create their website more attractive as well as interesting. However, much traffic towards the website will not choose the concept. Customers will discover the flash … END_OF_DOCUMENT_TOKEN_TO_BE_REPLACED