Auto replay / automatically repeat YouTube videos feature allows you to replay your favorite songs without the need for you to press the 'Play' button every time a particular video ends. Some browsers, with built in capacity to add extensions / apps, make the auto repeat feature a breeze when compared to others. Since this particular feature is not provided by YouTube by … END_OF_DOCUMENT_TOKEN_TO_BE_REPLACED 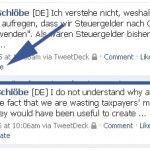 Recognize the Status Post of Different Foreign Languages With Facebook Translator One benefit involves for hooking up to Facebook cultural site could be the possibility to keep active with family and friends. Reading through the particular status updates of links within your contact record is able to keep you connected even with your own stressful times along with lifestyles. … END_OF_DOCUMENT_TOKEN_TO_BE_REPLACED

New And Smart Look Of Firefox 4 Beta 5 Mozilla Development Team has worked very hard to make some important changes and improvements to Firefox 4 and now they could successfully released its fifth beta version. It is almost similar to its previous version with lots of new improvements, features and enhancements for developers and desktop users. Following improvements and … END_OF_DOCUMENT_TOKEN_TO_BE_REPLACED 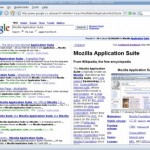 Search Google and Wikipedia Simultaneously With Googlepedia Add-on In Firefox And Google Chrome Mostly, the web-based free encyclopedia is a favorite site for any internet user. These web-based services offer the simplest way for getting the information right away. Now, here is free software extension which has been especially designed for Firefox browser namely Googlepedia. … END_OF_DOCUMENT_TOKEN_TO_BE_REPLACED