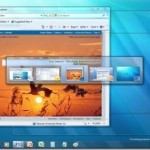 Latest Features and Improvements in Windows 7 Beta There haven’t been any new releases by Microsoft since Windows 7 Beta officially released for general public to free download. However the development and improvements of this operating system are still being conducted. There are working on it to develop and improve features of Windows 7, which is according the feedback of … END_OF_DOCUMENT_TOKEN_TO_BE_REPLACED