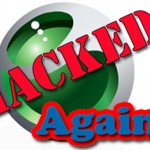 April 16th through April 19th the Sony Corporation was digitally broken into by a group of hackers that remain anonymous to this day. The effects have been crippling to the giant corporation and the hackers, much like David with his sling, used their elite skills to bring the giant. The initial cost of the break-in was around $177 million, but the long term effects have yet to … END_OF_DOCUMENT_TOKEN_TO_BE_REPLACED

Hackers Are Having Tough Time Now A widely expected and anticipated version of Sony PS3 firmware is now made available publicly which is more secure from the attacks of hackers and unauthorized elements to get access which were making players and gamers to get backup games and pirated compact discs. Now all attempts of hackers to hack the game sites will be blocked with … END_OF_DOCUMENT_TOKEN_TO_BE_REPLACED

My good friend Keith has arranged a give away contest. He's giving away one Sony Ericsson Xperia Arc, priced at 32,000 INR, to one lucky contestant. To participate in the contest visit Techie-Buzz. It's a pretty simple contest and you'll not spend more than 5 mins. A great deal if you end up being the lucky one !! You can find full specification of the Sony Ericsson … END_OF_DOCUMENT_TOKEN_TO_BE_REPLACED 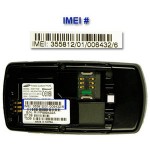 Steps To Check Whether The IMEI Number Of You Mobile Phone Is Invalid Or Original When Telephone Regulatory Authority India (TRAI) announced that all the mobile phones with invalid IMEI number will be blocked, it created panic amongst the users who are using such mobile phones. It only matters if the handset is a Chinese product, but if it is branded with names like Nokia, … END_OF_DOCUMENT_TOKEN_TO_BE_REPLACED

If you look at BestBuy and Sony then Google TV is sure in a bit of soup. The stage was launched some time back with the help of Logitech Revue and Sony Internet TV. Since both contain the same system, both are troubled at the cost of Big Media’s Blockade. It is painfully noted that Google TV had worked to close the gap between the subscription based TV and internet content, bit … END_OF_DOCUMENT_TOKEN_TO_BE_REPLACED