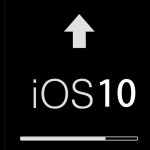 With the new iOS 10 announced recently at WWDC 2016, Apple has claimed it to be the biggest ever iOS update ever made. Various users who have installed the iOS 10 beta to test it in advance have been having issues with apps crashing. This is normal, considering iOS 10 is still in its beta version. But there are some tried and tested methods that can help to fix the issue of … END_OF_DOCUMENT_TOKEN_TO_BE_REPLACED

The error message- "Error In Message" in your Outlook Express (OE) is mostly because of your Internet Service Provider (ISP) and not because of OE. You'll, in most cases, be able to receive emails but will encounter "Error in Message" pop-up while you try to send or create new emails. To solve this problem - call up your ISP (Internet Service Provider) and request them … END_OF_DOCUMENT_TOKEN_TO_BE_REPLACED

Microsoft Office Suite Diagnostic Tool For Troubleshooting And Fixing The Problems Microsoft office suite is one of the most essential applications package for everyone. Most of the professionals and office workers work on the Microsoft office suite, whether while they are preparing a presentation on power point, or preparing worksheet on excel or writing on the word … END_OF_DOCUMENT_TOKEN_TO_BE_REPLACED