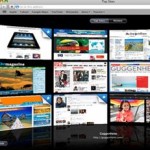 Safari, Now With A New Look And Features Safari is a very fast and most widely used and famous browser which was introduced by Apple company in January 2003 for Mac operating System and users of Windows XP. The latest released version of Safari is more secure and capable in terms of user interface. Previously, there were lots of issues with Safari web browsers like it was … END_OF_DOCUMENT_TOKEN_TO_BE_REPLACED

Install VTzilla To Firefox Web Browser To Perform Instant File Check Before Downloading   It is pretty important and useful for users to download each file after proper security check to prevent security threat from the unauthorized sources. Usually, web browsers scan the files before initializing the downloading process. However, you can simplify the entire … END_OF_DOCUMENT_TOKEN_TO_BE_REPLACED 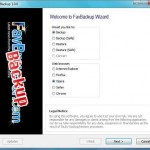 Create Backup Of Web Browser Settings Using Favbackup Creating backup of all important files and data is the best way to keep the secured data from being lost or damaged. Mostly users backup their files and data in order to recover them when needed via various backup programs such as CopyChangedFiles and JaBack. Do you think that backup of web browser is essential? Since … END_OF_DOCUMENT_TOKEN_TO_BE_REPLACED

Synchronize Your Passwords Online Using RoboForm Password Manager RoboForm, which is a popular password manager, has introduced a web based interface to help users synchronize their passwords between multiple systems. RoboForm’s web based service enables you to access login details and passwords from anywhere in the world. All you need to have is a computer with an internet … END_OF_DOCUMENT_TOKEN_TO_BE_REPLACED

Bookmark Your Favorite Web Page Into Bookmarks Folder In Firefox 3 Using The “Star” Button On The Location Bar Mozilla Firefox version 3 has come up with a lot of improvements in terms of security, speed and enhanced features. Along with lightening fast performance and smart location bar, Firefox 3 features one-click bookmarking. The Location Address Bar in Firefox 3 has a … END_OF_DOCUMENT_TOKEN_TO_BE_REPLACED