Time To Be A Spy And Identify A Photo / Video Authenticity

Identifying photo to ascertain its Authenticity, as either taken by Camera or if it is a Doctored image is confusing. There are few individuals who are very good in creating such pictures. Similarly, there are various video editor programmers which can edit and produce a video that appears as a master copy.

Now, it’s time to become a spy to identify such images and confirm whether they are original or edited. One can do so with the help of JPEG-Snoop a Photo/Video editing tool, which is a freeware. 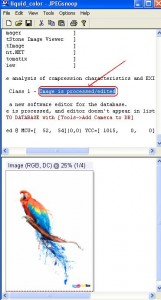 The Characteristics of JPEG-Snoop are: