Those who are in Hurry - Sign the petition here 26th March 2018 Updates - Jitendar Singhji Positive Few aspirants from Jammu and Kashmir met MoS Shri Jitendar Singhji, who is positive about the whole issue. He has promised to look into it and there are positive signs here. Those who are on twitter, please make it a point to tag : Hon'ble Shri Modiji … END_OF_DOCUMENT_TOKEN_TO_BE_REPLACED 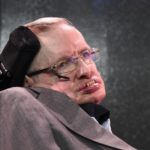 Famed Scientist, Nobel Winner, a man who bridged Science and popular culture passed away - after so many rumors earlier in January that Stephen Hawking was dead. Stephen William Hawking Death Date : 14th March, 2018 Death Reason : Suffered from ALS He was an English theoretical physicist, cosmologist, author and Director of Research at the Centre for Theoretical … END_OF_DOCUMENT_TOKEN_TO_BE_REPLACED

Demand for Sarkari Naukari is ever increasing. And with the demand for Sarkari Naukari comes the need for Sarkari Results. Stable job, limited work timings unlike private sector jobs, Job security, Great pay ( especially after the 7th pay commission - soon to be implemented ) and other benefits link housing,  medical etc is the reason for this demand. Once students give … END_OF_DOCUMENT_TOKEN_TO_BE_REPLACED

If you've cleared KPSC Prelims and are qualified to write KAS Mains then you can consider attending KAS Mains weekend coaching conducted by AmbitionIAS. Classes will be held in Bangalore. All GS 4 papers will be covered. You can attend one of their demo class to check if it'll suit you. Working professionals who have time mostly on weekends can attend this class. … END_OF_DOCUMENT_TOKEN_TO_BE_REPLACED

Update: The posts which I had deleted by mistake are indexed and are ranking well. However, the overall traffic to the blog is declining. This is due to zero activity from my end. Blogging has been contributed significant income from the beginning. However, I haven't spent much time on it as much as it deserves. I'm 'considerably free' now and I plan to get back into … END_OF_DOCUMENT_TOKEN_TO_BE_REPLACED