Safari, Now With A New Look And Features

Safari is a very fast and most widely used and famous browser which was introduced by Apple company in January 2003 for Mac operating System and users of Windows XP. The latest released version of Safari is more secure and capable in terms of user interface.

Previously, there were lots of issues with Safari web browsers like it was preventing users to submit their web forms correctly. Web content was not displayed correctly when users wished to view Google image with Flash 10.1. Now the newly released version of Safari has overcome with all these issues and is very much improved with authenticated and encrypted connection to the SEG (Safari Extensions Gallery). 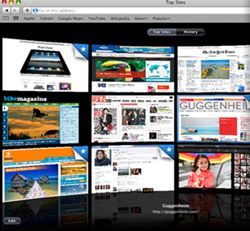 A very new and good feature added in latest Safari is a Safari Reader which helps removing unwanted advertisements and other unwanted online material. So you will get the relevant material without any wastage of time in selecting and then going through. Safari Reader work like this: Whenever you will start browsing web, Safari Reader will detect and it will display that web page in the friction or blinking of your eyes. You just need to move your mouse on the icon Smart Address Field, and the particular article will display on the screen in one shot and clutter-free manner.